You are right, we seed box users have to manage the HD space and that usually means having to delete older stuff to make room. This is the reason I added a raspberry pi at home with a 2TB drive for the sole purpose of long term seeding.
I use the the PI to augment my seedbox. My seedbox provider (Feral) offers openvpn as part of the service. By using the VPN both my seedbox and my PI have the same IP address so security is the same. The difference is, as others have already stated, speed. My home speed is nowhere near what my seedbox provides but it provides a lot more HD space for long term seeding. This is really handy on trackers that offer seeding bonuses.

File-level scanning of some email servers, backup software, gaming applications, etc. can occasionally cause abnormal system behavior. To exclude specific applications or folders from the real-time scanner, follow the step-by-step instructions below:

If the application you are excluding communicates using a network protocol (HTTP, FTP, etc.) you must also follow the steps below:
Deluge can be setup in such a way that several machines (clients) can control deluge (daemon) on a central machine (server) through one of deluge’s UI. For Deluge 1.2 upwards, all communication between the GTK UI and daemon is encrypted so SSH tunnelling is not a requirement.
The server setup sections are written for a headless linux server although they could be adapted for other platforms. The client setup sections are platform independent.
Note: Both the client and the server need to be similar versions, i.e. both 1.2.x or both 1.3.x.

We will use deluge-console to configure deluged to accept connections from machines other than localhost.
Note: These steps can be omitted if you are using SSH Tunnelling.

You will need to know the server IP address for setting up the client(s). If you do not know your server’s private or public IP address use these commands:
Congratulations! The server is now setup for remote GTK UI access.

Congratulations! You can now access deluge on the server via the GTK UI.

Note: We use 127.0.0.2 instead of localhost so that deluge client knows that we are connecting to a remote daemon.

Note: If you get the error:

Congratulations! The server is now setup for web UI access.

Congratulations! You can now access deluge on the server via the web UI.
Q. How do I kill process in Linux?
A. Linux and all other UNIX like oses comes with kill command. The command kill sends the specified signal (such as kill process) to the specified process or process group. If no signal is specified, the TERM signal is sent.

kill command works under both Linux and UNIX/BSD like operating systems.

DO NOT USE killall command on UNIX system (Linux only command). You can also use killall command. The killall command kill processes by name (no need to find PID):# killall -9 lighttpdKill Firefox process:# killall -9 firefox-binAs I said earlier killall on UNIX system does something else. It kills all process and not just specific process. Do not use killall on UNIX system (use kill -9).
by NIXCRAFT on AUGUST 1, 2006 · 84 COMMENTS· last updated at AUGUST 22, 2007
http://www.cyberciti.biz/faq/kill-process-in-linux-or-terminate-a-process-in-unix-or-linux-systems/
Install Samba on Ubuntu 12.04/11.10/11.04/10.10/10.04/Linux Mint/other Distro’s and share files with samba from Ubuntu to Windows and Windows to Ubuntu

I wrote tutorials on samba sometime ago but some peoples found that is not useful for them or the method couldn’t work properly for them, I also made video on samba sharing. 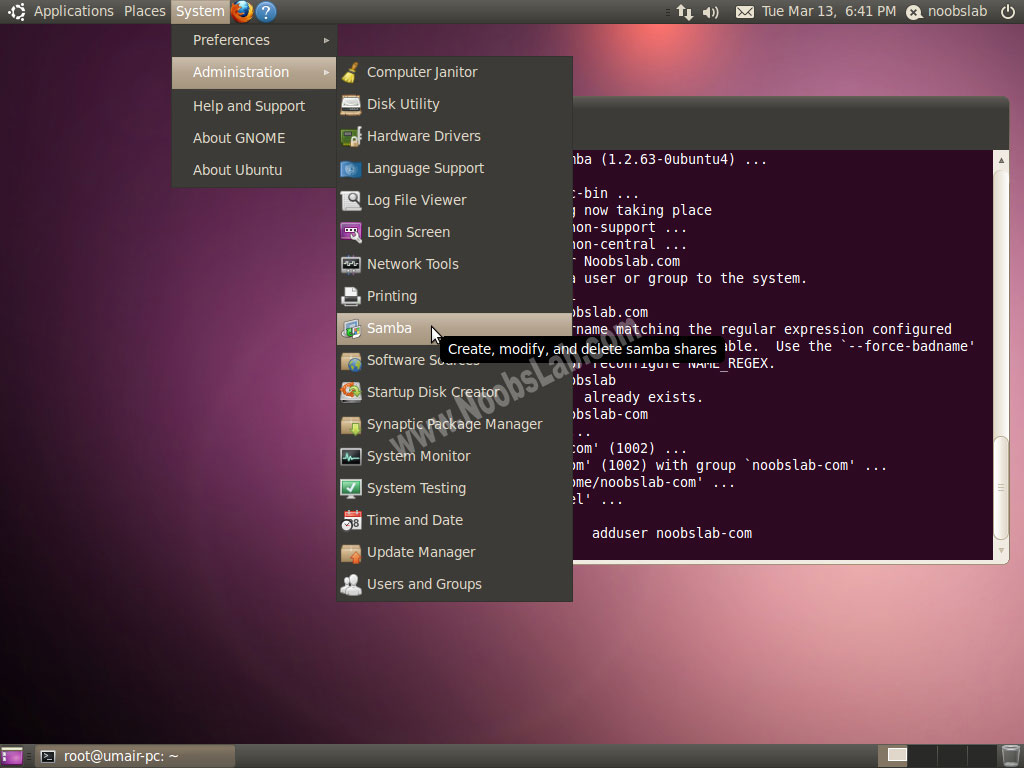 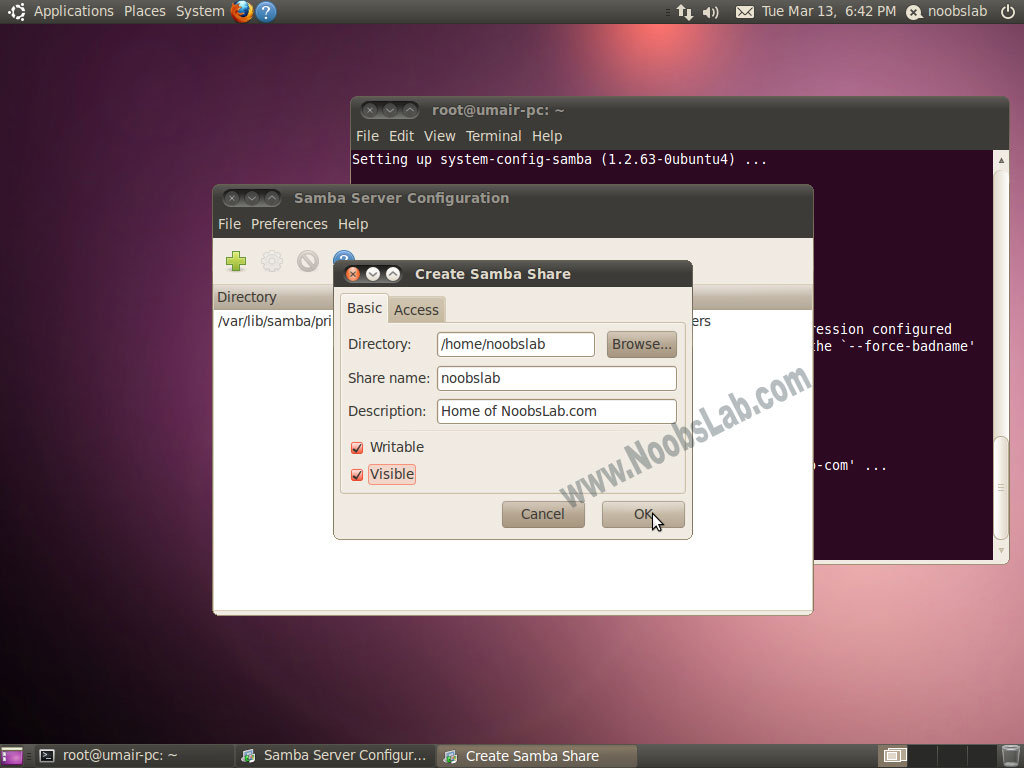 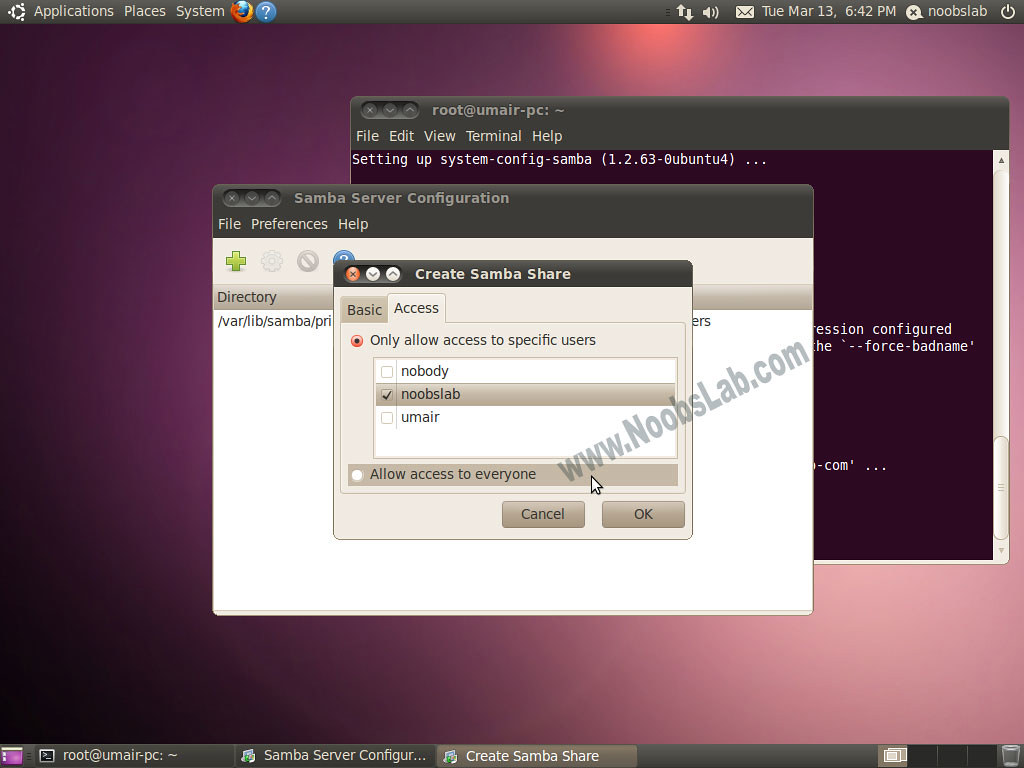 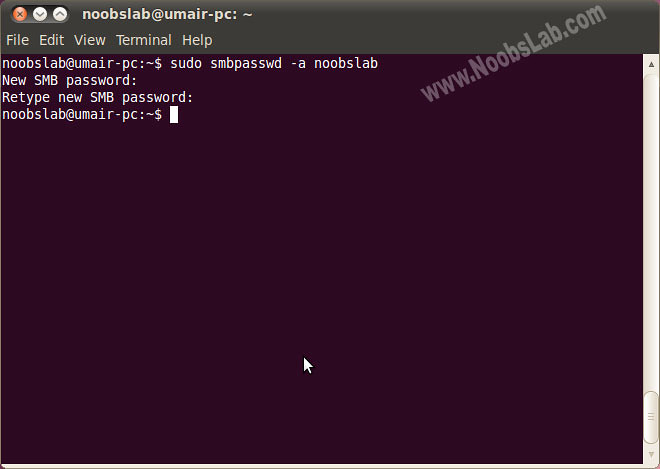 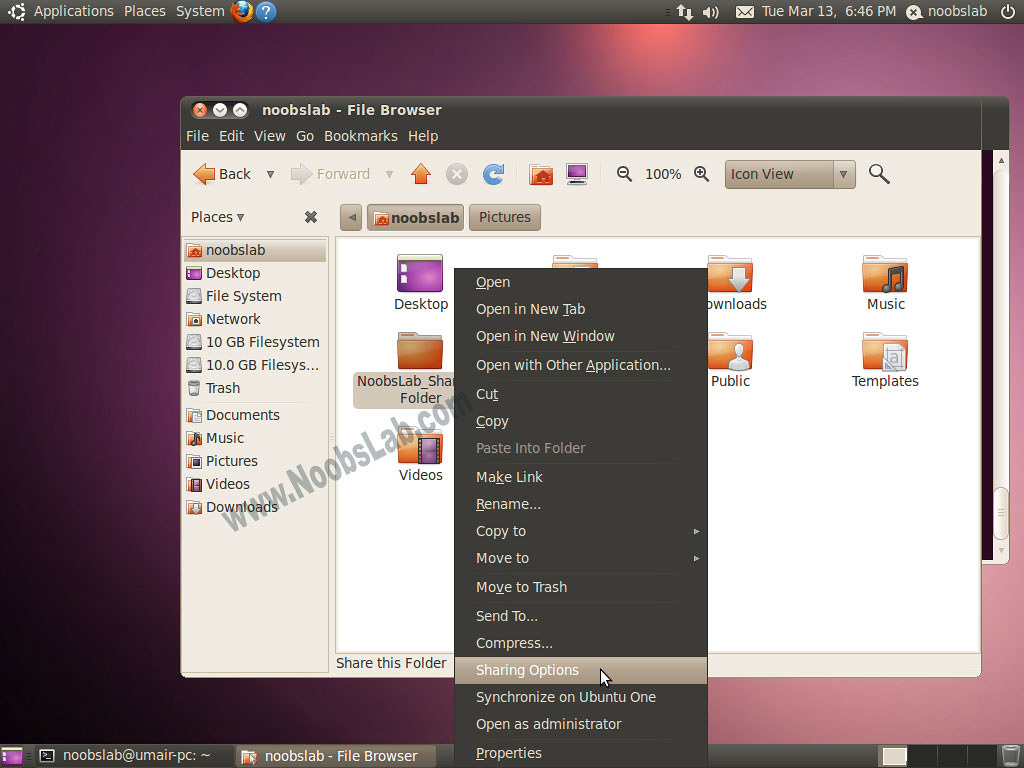 Here is Folder Sharing options, You can choose and write whatever you want to do. Then click on ‘Create Share‘ 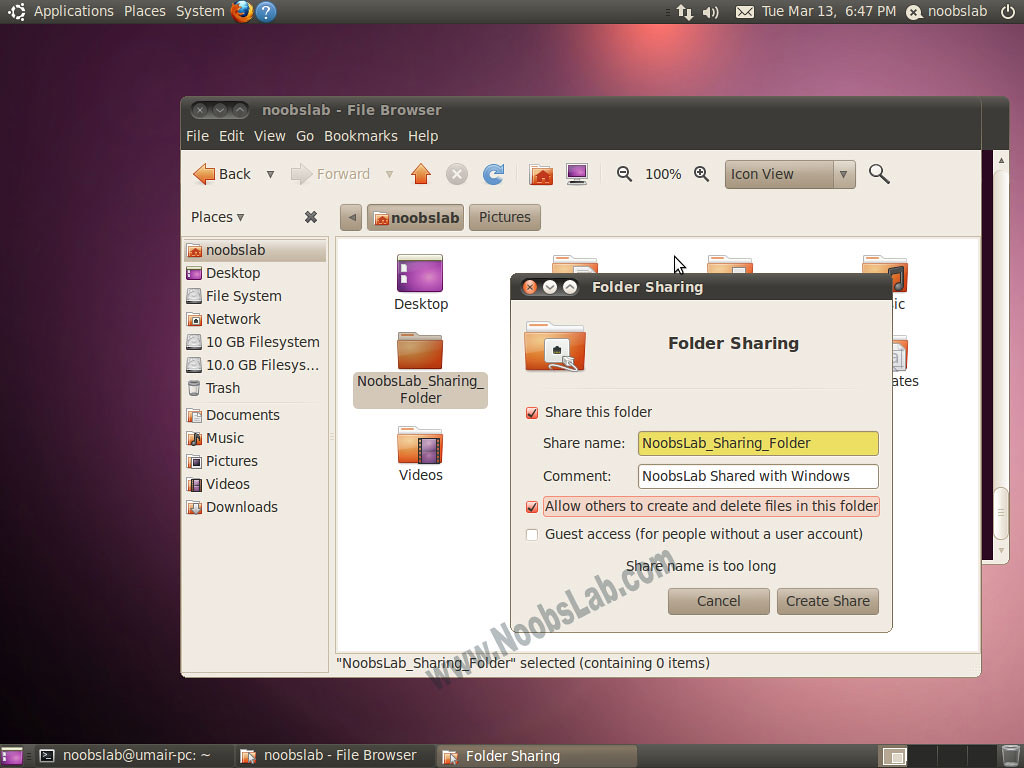 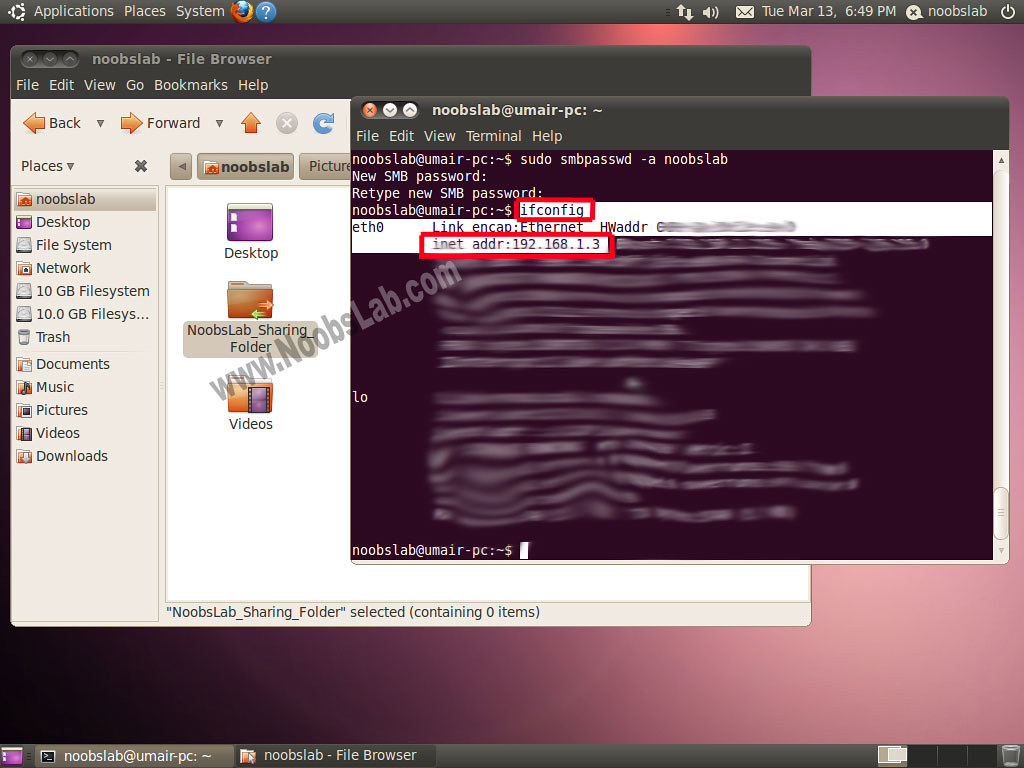 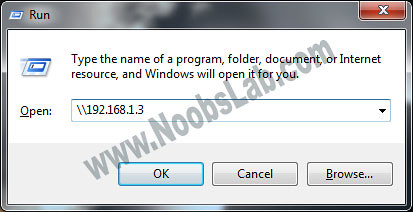 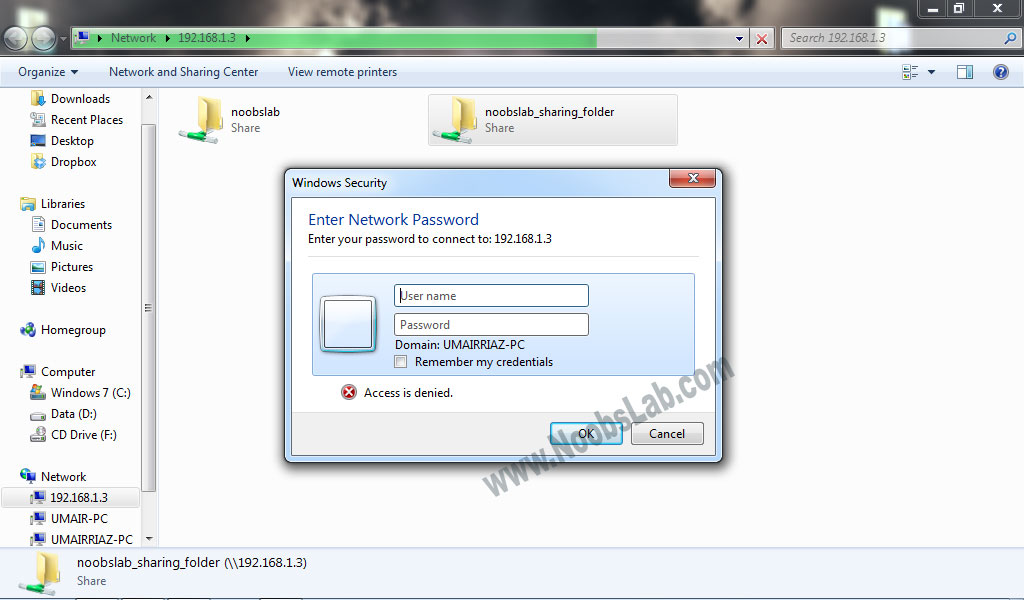 When you enter the username and password your shared folder will open. You can write/delete/modify whatever you want to do (It’s up to your permission implementations). 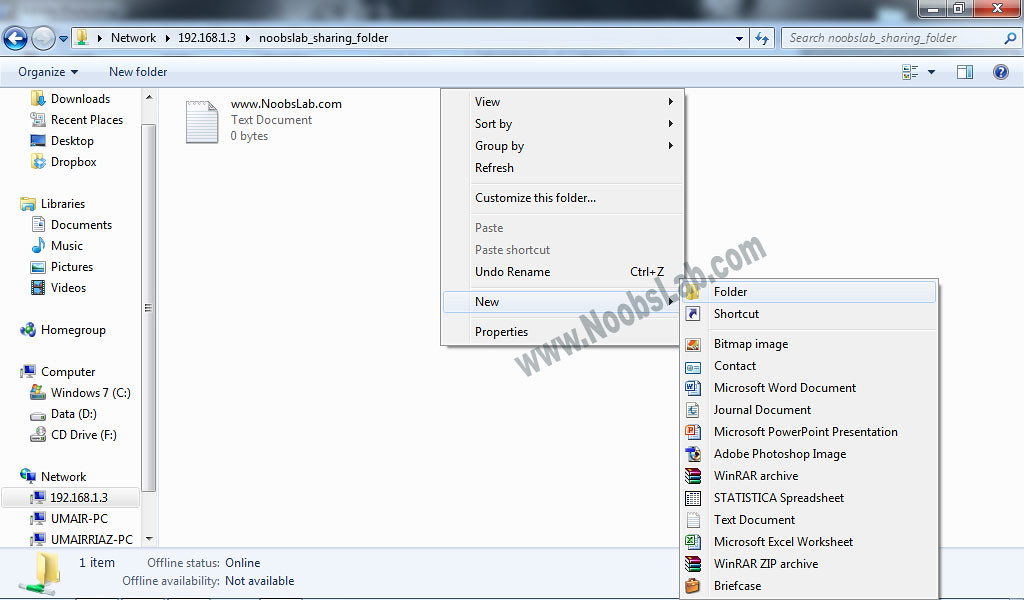 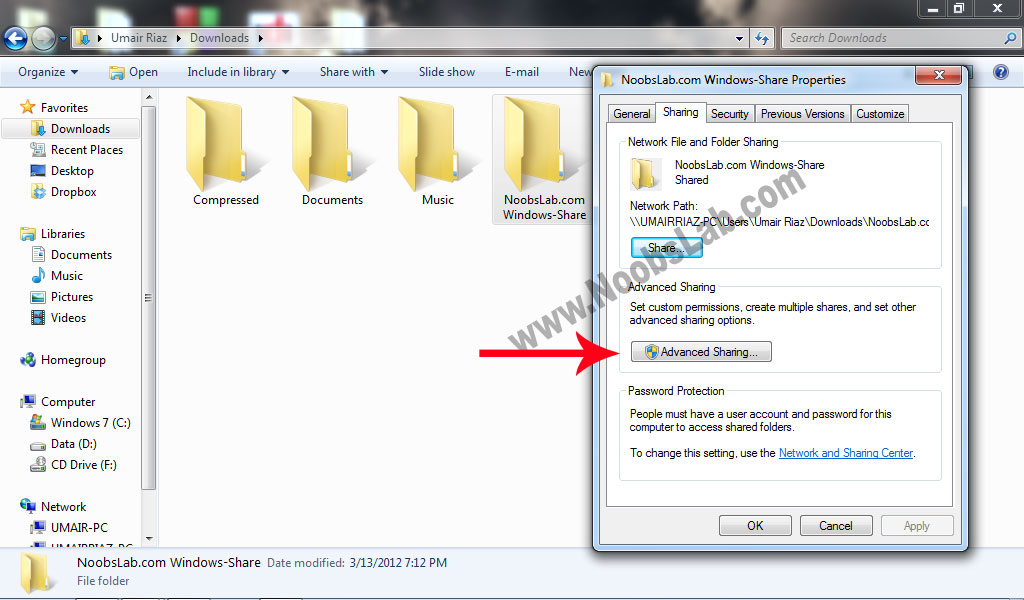 Select your Username or Everyone, I chose my username cause I want sharing restrictions. 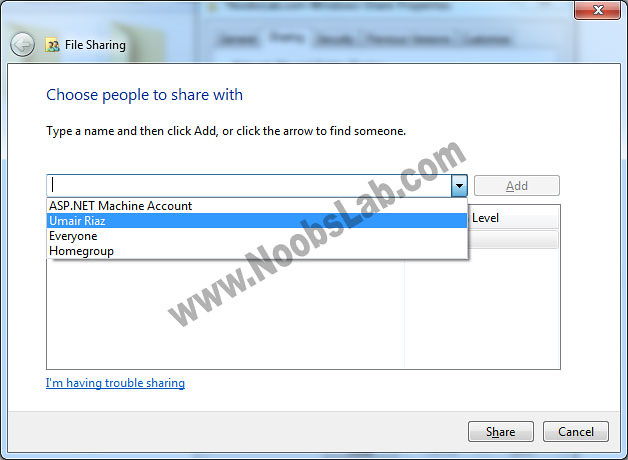 Now click on ‘Permissions‘ button and select options as you want. 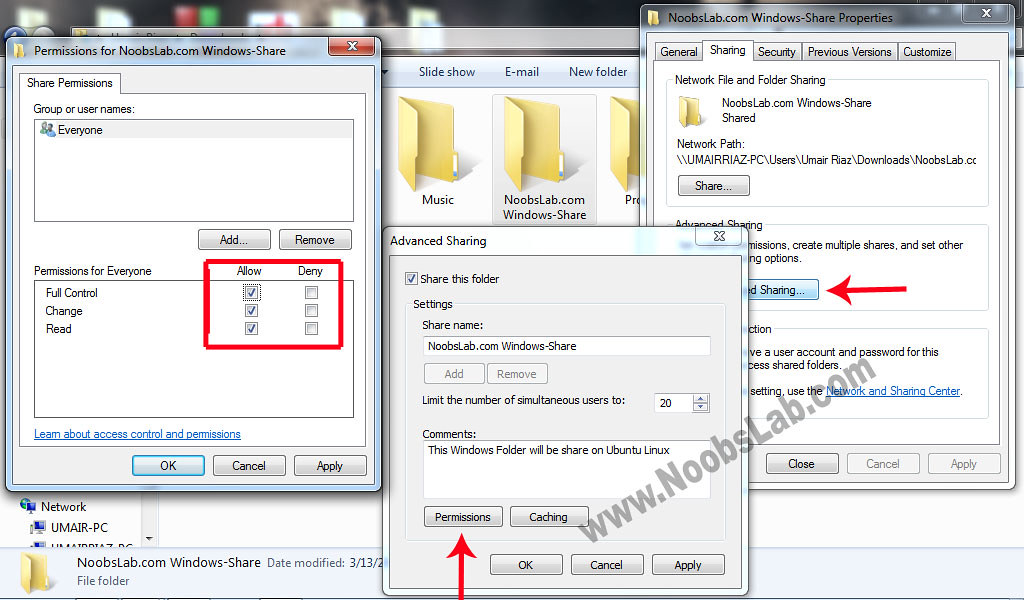 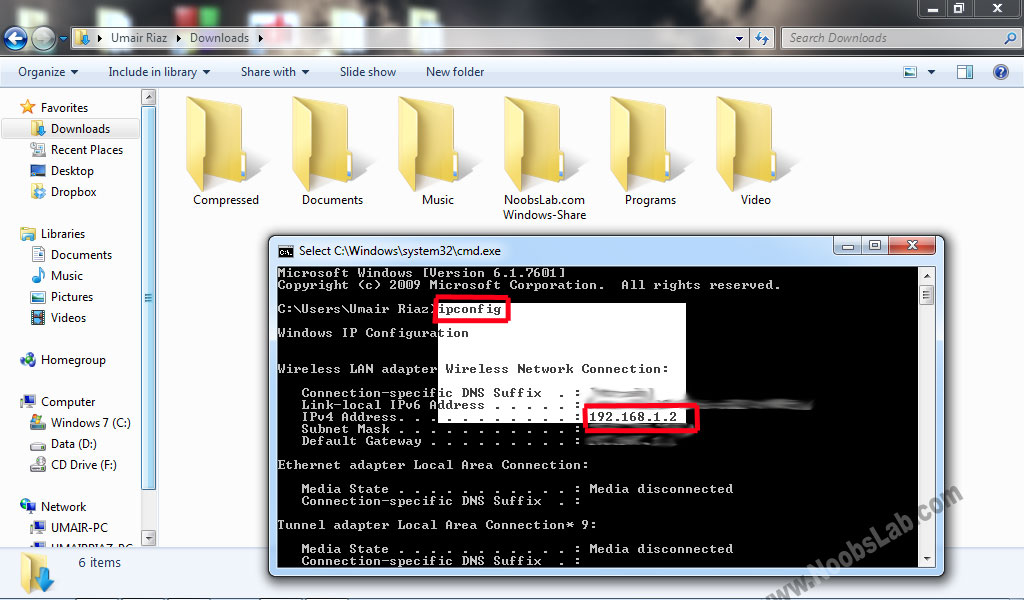 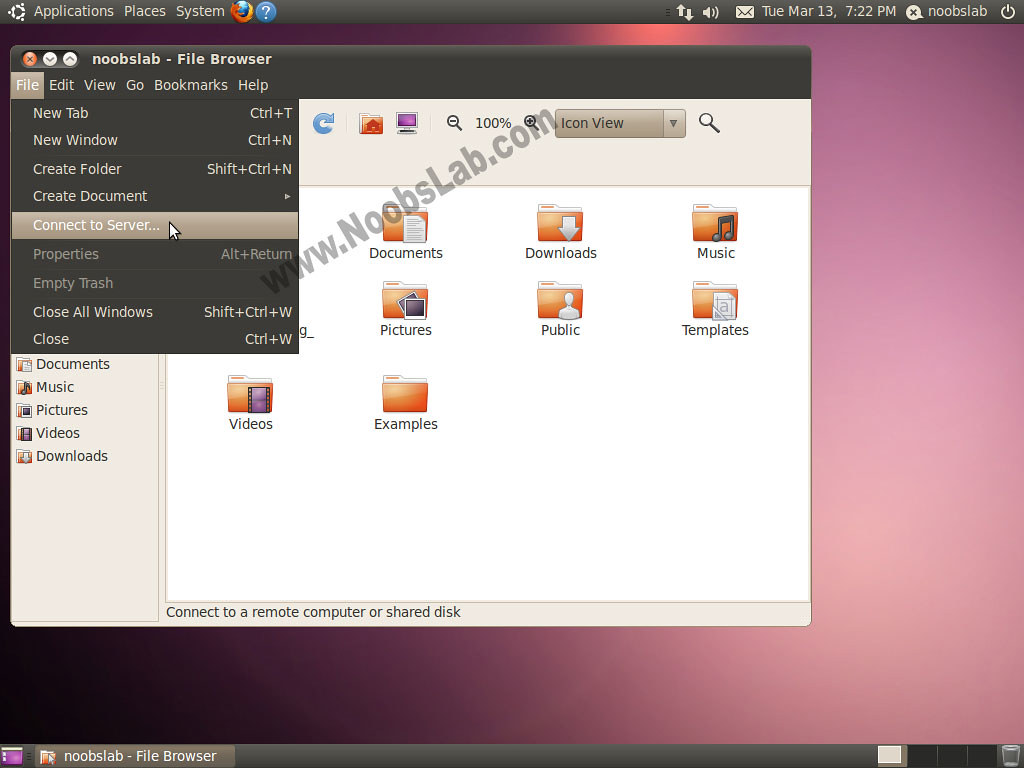 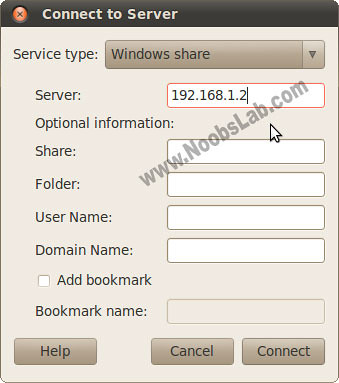 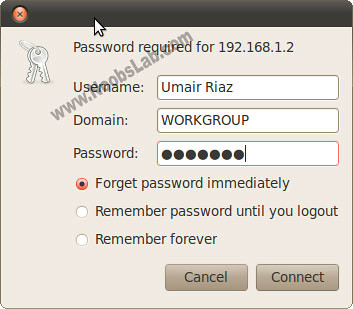 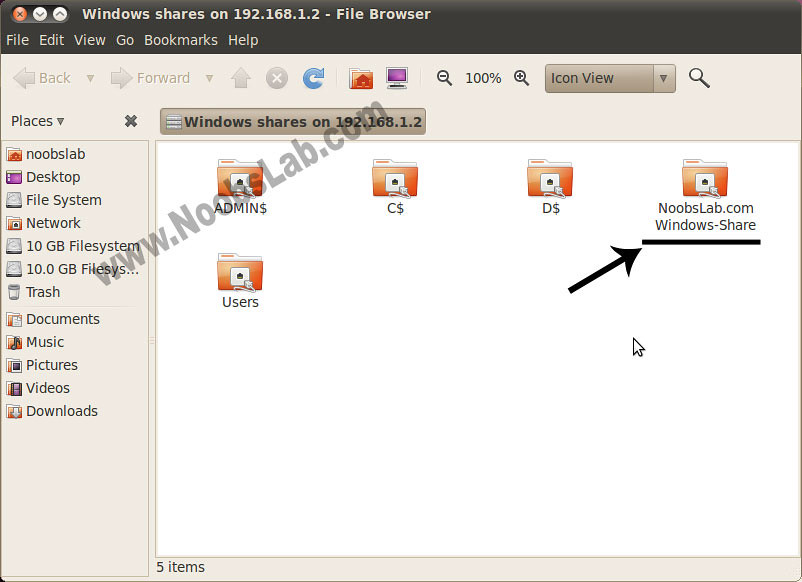 Here sharing is accessed, You can write/delete/modify whatever you want to do (It’s up to your permission implementations). 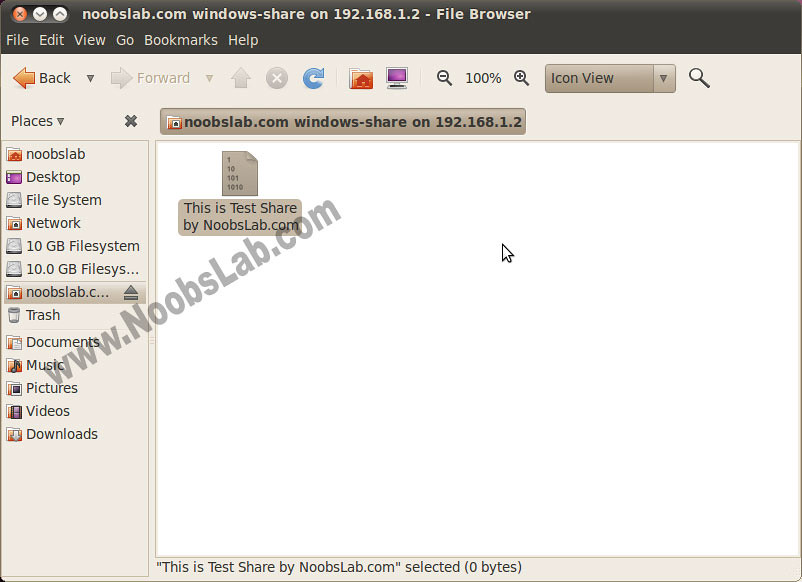 Disclaimer: The process in this article may seem complicated and slow, but it is designed for you to learn the basics first. The final section of the article is dedicated to making things easier and faster for everyday use. So, please don’t give up early.

Install lftp, OpenSSH, and OpenSSL from the Net category in Cygwin

Install lftp with your package manager, something like: sudo apt-get install lftp
Note: lftp is installed on your Whatbox slot by default. You can use it to transfer between your slot and other ftp servers (e.g. another seedbox). Just connect to your slot using SSH and use it as normal.

Note: I have set up directories and files for demonstration. You can set things up like I have for practice, if you like, or replace them in the commands with your own.

Note: This guide uses 5 segments as an example. You may use as many as needed or desired.

Q. I’m new to Linux. Over few days I found lots software distributed as .tar.gz file. How do I install tar.gz files under Linux?
A. tar.gz also known as tarball, an archive format for electronic data and software. Most Linux tarball contains a source code for software. If you are new to Linux I recommend using apt-get, rpm and yum command to install all binary packages.
Tarballs are a group of files in one file. Tarball files have the extension .tar.gz, .tgz or .tar.bz2. Most open source software use tarballs to distribute programs/source codes.

Generally you need to type 3 commands as follows for building and compiling software:# ./configure# make# make install
Where,

Setting up an SSH server on Ubuntu is about as simple as it gets. The server of choice is OpenSSH.

Run this command from a terminal window:

To test that it’s working, you can try to ssh into your own machine:

Looks like it’s working! Naturally our ssh client doesn’t have the key for the server, since we just installed it. You can type yes to continue or just hit Ctrl-C to stop.
http://www.howtogeek.com/howto/ubuntu/setup-openssh-server-on-ubuntu-linux/ 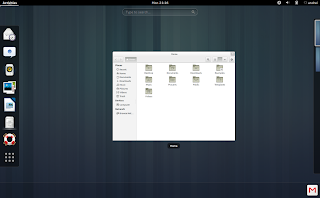 You can simply install the “gnome-shell” package if GNOME Shell is all you want, but if you want the whole GNOME 3 desktop which includes the default applications as well as the default settings, use the command below:

When prompted, select GDM as the default display manager.

If you already had GDM installed and the package manager didn’t prompt you to choose between LightDM and GDM or you’ve selected LightDM by mistake, you can run the following command:
And select GDM instead of LightDM (more about changing the display manager, here). You can use LightDM with GNOME Shell, but you won’t get the complete GNOME 3 experience – for instance, GNOME Shell won’t use the new GNOME 3.6 lock screen.

It is also a good idea to remove the “ubuntu-settings” package:

Note that removing this package, the “ubuntu-desktop” package will be removed as well. This is just a meta package and your system shouldn’t be affected by it.
The “ubuntu-settings” package is used to set various Ubuntu defaults, like the window button order, which Rhythmbox plugins are enabled by default and so on.

Even though they are part of the default GNOME 3 application stack, GNOME Documents and Boxes are not installed by default with the ubuntu-gnome-desktop package. Install them using the following command:

Note: Boxes is only available on 64bit due to a bug!

Some packages in the Ubuntu 12.10 repositories aren’t updated to the latest 3.6.x version. So, like we wrote a while back, you can use the GNOME3 PPA to upgrade these applications.

Then, launch Software Updater from Dash / menu and use it to upgrade your packages.

One thing I’ve noticed after following the steps above myself, is that GNOME Shell continues to use Ubuntu’s overlay scrollbars. If you want to use the GNOME 3 scrollbars instead, remove overlay scrollbars using the following command:
Once you’re done, restart your computer (a logout may be enough for most stuff, but to get all the changes, including GDM for the login screen, a restart is probably a better idea) and select “GNOME” from the login screen.
The LDD Manager – a tool I’ve been working on for some time. With it you can analyze and manage your LDD files, and also to upload to BrickLink. There’s also a bunch of other features, like a possibility to search and find all the bricks in LDD Extended Mode, and generate custom Brick Palettes.UPDATE March 2013: The latest version is now 1.13 with support for LDD 4.3.5. If you have a previous version, you should download the new version. NOTE, installing a new version will remove your previously imported LDD-files, but hopefully it’s not too much work to import them again.

Note that this software requires MS Access 2003 or higher. If you don’t have it installed on your PC, you need to download and install the free Access 2003 runtime first. Read more in the link below.Download LDD Manager and help file here.

I used this to take models and then export an XML file formatted for bricklink.
Works good.