Found this via https://www.labnol.org/internet/copy-folders-google-drive/29138/
Wouldn’t it be nice if there were an xcopy (Windows) or rsync (Mac, Unix) like command for Google Drive that would recursively copy everything inside a folder, easily It should not only copy all the files and subdirectories but also retain the directory tree structure and maintain the shared file permissions.
Well, we are not sure if Google will ever provide an option to duplicate folders in Google Drive but there’s an open source web app by Eric YD that does exactly what you are looking for. Here’s how to get started:
That’s it. The script will run in the background and copy files, one-by-one, into the target folder.  It will log everything in a Google Spreadsheet so you know what’s happening behind the scene.
While optional, the app can also retain permissions and in the case the copied files will be editable/viewable by the same people as the original files. The copying process would however take longer if you choose to copy the sharing permissions.
Also see: Add Files in Google Drive to Multiple Folders

Say you have a folder in one Google account (A) that you would like to copy to another Google account (B). While the app doesn’t support copying across accounts, there’s a simple workaround:
The Alternative – If you are not comfortable giving access to your Google Drive to another app, you can manually copy folders using the Google Drive desktop client for Windows and Mac. Go to Windows Explorer (or Finder), select the source folder and press Ctrl+C followed by Ctrl+V to duplicate the folder.
This would however not retain the original file permissions. The other downside is that Google Drive will have to reupload all the copied files whereas in the previous case, the copying happened on Google servers directly.
This is a workaround that worked for me.
It is not an official or supported solution.
I have used the laptop extensively in described configuration and did not have issues that i can relate to memory configuration.
Deducing 256 MB RAM from memory available to OS might eliminate the problem for some CPUs.
The solution works on:
– HP 4540s
– i5-2450M
– AMD/Intel switchable graphics
– 16 GB RAM
– Bios F.42
It might work for other CPUs.
Under Windows you should deduce 256 MB RAM, by using EasyBCD or similar tool.
Instructions for EasyBCD:
Under Advanced Settings/Developer set 256 under “MiB deducted from physical memory”, save settings and restart.
Under Linux, set “mem=17G” in kernel boot parameters (effectively deduces 256 MB).
Edit:
Under Windows 7 and later, you may also use the following instead of EasyBCD:
bcdedit /set {current} removememory 256
(Execute the command in command prompt with administrative privileges and reboot).
http://h30434.www3.hp.com/t5/Desktop-Boot-and-Lockup/Performance-degrades-in-Probook-4540s-after-memory-upgrade/td-p/2268503
This is just a very simple starters guide to converting .aax files to a single mp3 file.   I am hoping uploaders who use InAudible for more complex conversions will add their expertise to this thread.Step 1Load your .aax file by clicking the button beside the Audible Files search box and then directing it to where you have the audible download stored on your hard drive.  (Usually C:UsersPublicDocumentsAudibleDownloads) Step 2Once the book has loaded set the Output type to mp3 and the Codec to 64k CBR. Click on the Edit Metadata button and replace the file name there for the title you want to see in your player list.  Remember to click Apply before you exit. Step 3Click on the Output file’s browse button and alter the file name if needed to the one you prefer. This is often desirable when uploading a series

Step 4Click on the Begin Conversion button.This is all you need to do to convert your Audible .aax file to a sharable mp3 file.  The next time you use InAudible your chosen preferences will be remembered Download dmg2img from http://vu1tur.eu.org/tools/
Open a command prompt
Now use the following command syntax to convert your file: 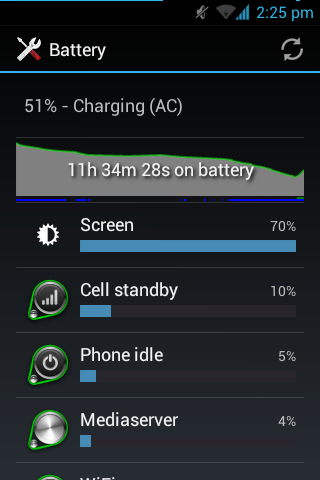 I wouldn’t normally do this, but it’s asinine that users are forced to disable Adblock entirely and leave their computers open to lots of invasive, dangerous ads on GOMI if they want to use the site. This will fix the redirects. Thanks to the users who keep finding the right codes to change.
If you’re seeing redirects to the main forum on GOMI, do the following:
Add the following codes:
This should stop the redirect.
Let me know if I’ve missed any steps, or if any of you notice changes to the code.
Create a custom filter in either program as:

I wanted to use spellcheck with pidgin but couldn’t figure out how to install the plugin. I found out how to do it manually.
Versions 2.7.0 and newer use the dictionaries available from the ​openoffice extension download site. You need to download the appropriate language extension file(s) (files are openoffice extensions *.oxt, which are just zip files that contain additional data). Once you have downloaded a dictionary extension file, you can rename it so it has a .zip extension and then extract the *.dicand *.aff files in it to <Pidgin Installation Directory>spellcheckshareenchantmyspell (create the directories if they don’t exist already).
If Pidgin is running, it will need to be restarted for new dictionaries to be recognized.
Versions older than 2.7.0 use Aspell; you can download both the Aspell core and a dictionary from ​the win32 Aspell website.
I used the https://sourceforge.net/projects/aoo-extensions/files/17102/28/dict-en.oxt/download Link for the English dictionary file,
Unzipped the .oxt file and put in C:Program Files (x86)Pidginspellcheckshareenchantmyspell
You can get your Snapchat authToken by going to /data/data/com.snapchat.android/shared_prefs/com.snapchat.android_preferences.xml

Search for Auth Token and copy and paste as needed.

I had problems with the new Chromecast Cast option in Chrome and apparently it is because Google is rolling out a new way to cast that does not require the Google Chromecast extension. I found it much more annoying to have a blue cast window in the middle of my browser and half the time it could not even see my chromecast.

To downgrade you need to:
Enter
chrome://flags/

and turn off this setting: Media Router -> DISABLED

Reboot Chrome and it should work like it did before.