You need a DVI cable, as long as one of the monitors has a DVI port on it. Unfortunately not enough card manufacturers (like most of them) mention it anywhere or at least mark the backplates on the cards like this, 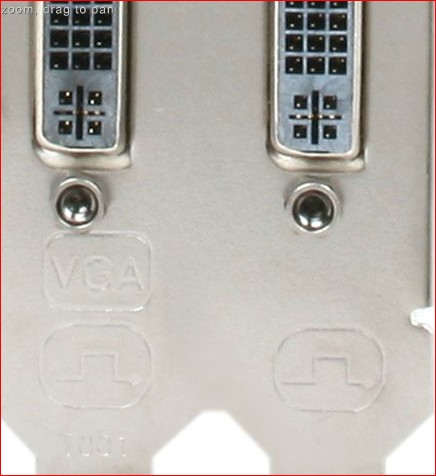 to indicate that the card only supports VGA via adapter from one of the DVI ports; one port being DVI-I (analogue and digital), with the other being DVI-D (digital only).